Bee balm is a ‘catch all’ term that encompasses several species of flowering herbs from the Monarda genus.  These beautiful native perennials can grow several feet tall, and serve valuable nectar to butterflies and hummingbirds.  Some bees pollinate them, but primarily it is butterflies and humming birds, or humming bird moths.  The native range of these varies, but in general it goes from Canada to the Gulf Coast, from the Rocky Mountains to the Atlantic Ocean – so basically 2/3 of Canada and the United States.

These flowers are very showy, and each variety serves a purpose in the ecosystem.  I’ve found that the red Bee Balm, Monarda Didyma blooms earliest – typically during the month of June to early July (For Zone 6).  Next, I normally observe Wild Bergamot (Monarda Fistulosa) bloom during mid-Summer, around July and into August.  And finally Spotted Bee Balm bloom from late August into Autumn.  Studies have shown that the various flowering times of the different Monarda species can be tied to migration patterns of hummingbirds.

Why should you grow Bee Balm?

As you can see from these pictures, Bee Balm blooms are very showy.  They can make a stunning display by themselves.  I prefer to grow them in a native plant garden, where they will receive competition from other grasses and flowers.  But beyond blooming, the most important reason you should grow bee balm is for the Pollinators!

The large number of blooms, and long duration of bloom time will guarantee to bring in large numbers of bees and other pollinators.  Overall all you can call this plant a pollinator powerhouse.

All varieties, but particularly Monarda Didyma and Fistulosa are well known for attracting hummingbirds.  I’ve also seen hummingbird moths – which are moths, but resemble slow hummingbirds frequenting my plants (and they are easier to capture on video).

Which Bee Balm should you grow for your yard?

So, if your yard can support it, you can have Bee Balm blooming throughout most of the growing season if you grow more than one kind.  The main considerations are that the red Bee Balm likes moist soil, so it won’t tolerate a drought.  While Wild Bergamot and Spotted Bee Balm can tolerate a drought, and do just fine in medium-moist soil.  So, you need to understand your yard in order to successfully have all three varieties.

Overall though, the pink variety (Mondarda Fistulosa) is probably the most versatile, as it seems to grow just about anywhere.  It seems to handle drought without much of an issue, and does great in my hard clay soil.

Red Bee Balm and Wild Bergamot will colonize the area they grow in through rhizomes.  I’ve not seen Spotted Bee Balm do this.  Colonizing by rhizomes is the process in which a plant sends shoots, or roots out sideways, and new stalks will emerge from the soil from these.

So, you should plant them where they can either be contained easily by pulling, or where they have enough competition.  But manually thinning unwanted stalks is generally not a problem.  I think the foliage looks nice by itself and freely let it go.  As long as it doesn’t crowd out something that I want.  If so, I just have to pull the unwanted stalks.

Additionally, these plants can self-seed quite easily.  Luckily, the seed doesn’t necessarily travel far, so containing the spread of these plants isn’t too much of a chore.  Since I tend to enjoy the ‘wildflower garden’, or micro-prairie, I generally let them spread as I know that there is already competition nearby from other plants and grasses. 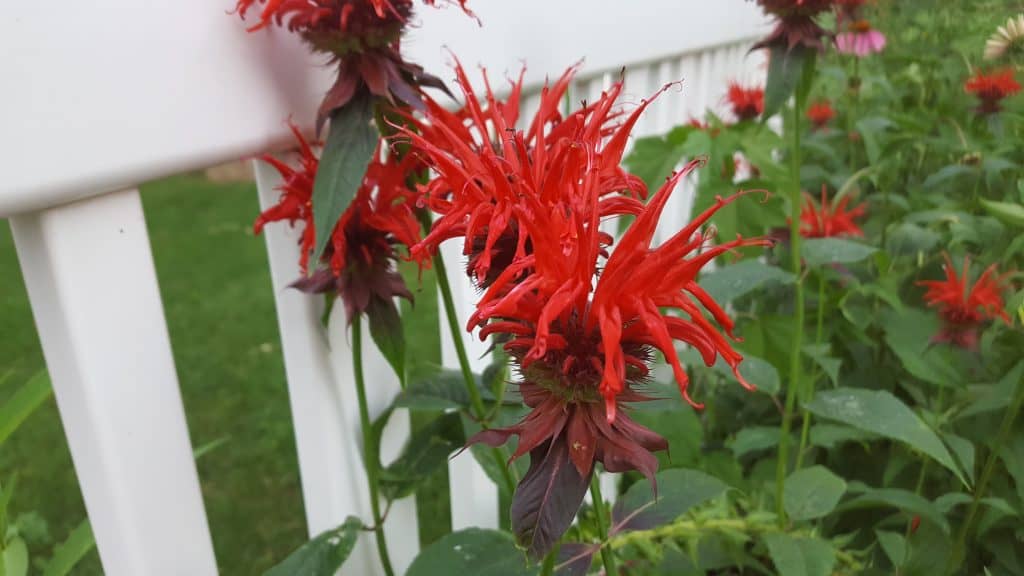 The dark red Monarda Didyma is normally found along streams, ponds/lakes and rivers.  They prefer moist soil, and can take full sun or partial shade.  Make sure these don’t dry out and they will be happy.  Click below to go to our detailed write up on Monarda Didyma, also known as Scarlet Beebalm; 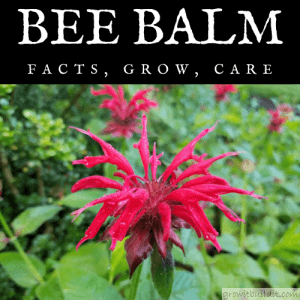 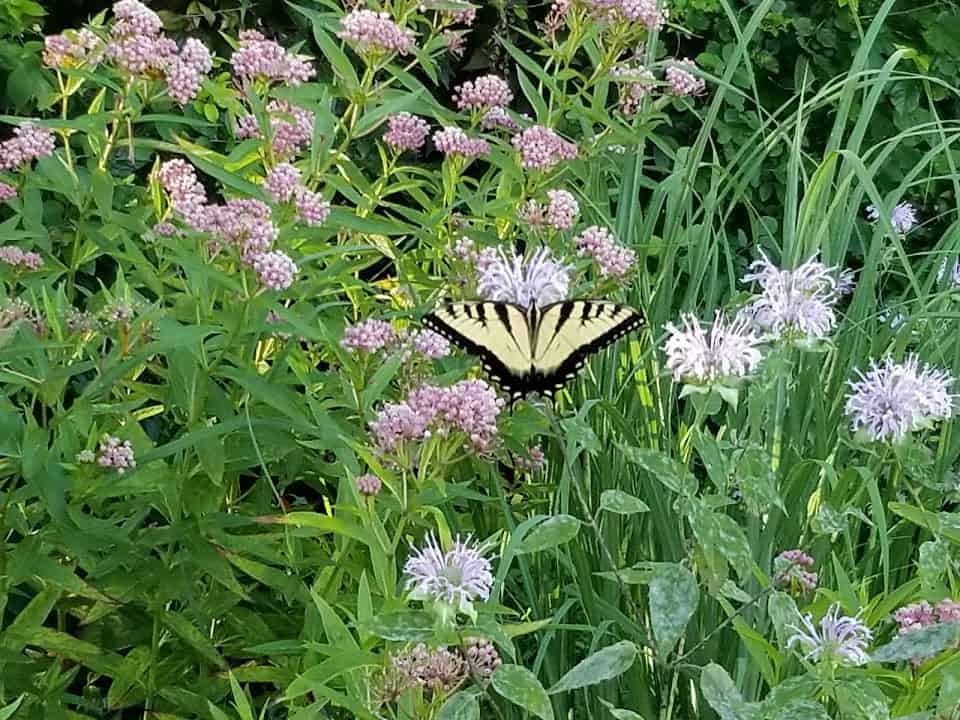 For Wild Bergamot, they seem to grow anywhere.  I’ve found them in prairies, open woods, ditches, and partial shade areas.  They seem to be able to grow in just about all conditions except overly wet.  For more detailed information on Wild Bergamot, click on the link below! 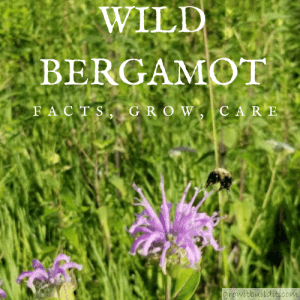 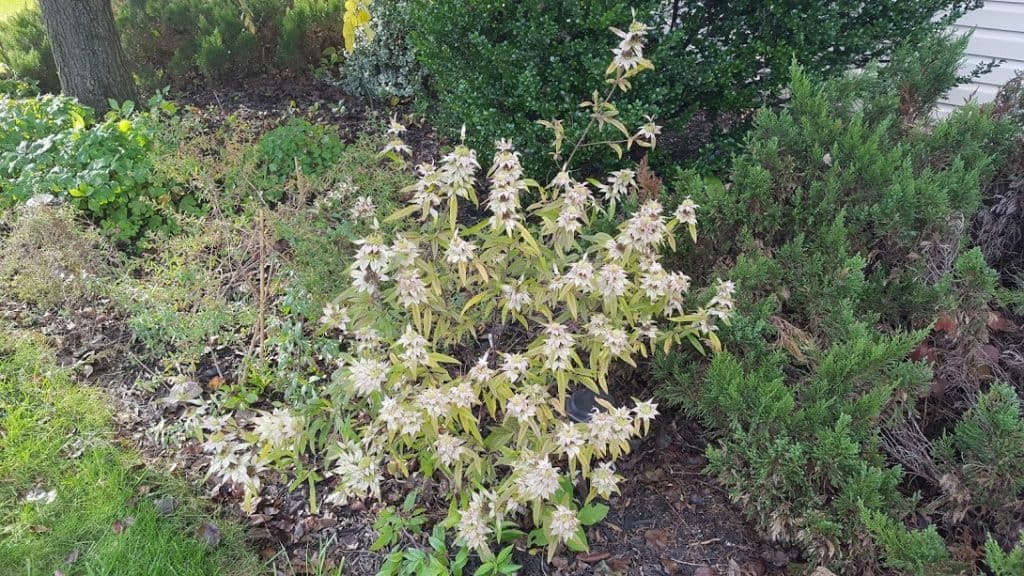 Spotted Bee Balm prefers drier conditions, but is also generally hardy.  It may not live as long as the other Monarda varieties listed above, but will grow generally for several years.

Click on the image below to read our detailed profile / guide to Spotted Bee Balm! 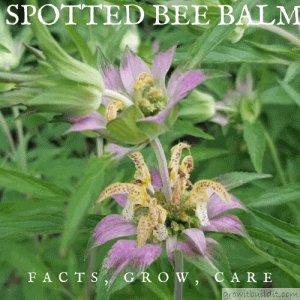 Bee balms are easily sown in early Fall, winter, or early Spring.  The germination rate will improve from cold stratification, however it isn’t always necessary.  I would consider these plants as being very easy to grow from seed.  Seed is commercially available, but if you know where some is growing then collection is easy.  All you need to do is cut the stem just behind the seed head, taking care to not turn it upside down.  This is because the dried seed head is basically a collection of tubes pointing upright, and all that is required to release the seed is to turn it upside down.  So, your biggest risk is having the seed heads get blown sideways or shaken during a big windy day and having the seed fall out on the ground.

In addition to seed, and their natural spreading – you can also divide bee balms every second to third year.  To do this, watch for the plant to emerge in Spring.  When it begins to come up, you can gently dig around the area to uncover the main root ball.  Then, use a gardening knife, machete, or spade to cut the ball in half.  Large chunks can be reburied in the original and other spots to make new plants.

The only issue I’ve had with Bee Balm is powdery mildew.  The leaves can get these powder-like patches if there is low airflow between the plants, aka they are too close to other things.  I’ve not found this to really harm the plant much, it just looks unsightly.  If this occurs, you can maybe trim a couple of stalks, or find a way to either get more sun or more airflow through the plants.  As, powdery mildew only forms when there is lots of moisture present.  So, more air = less moisture = happy plants.

But one nice thing is that I’ve not seen rabbits or deer every attack my plants.  When you crush the leaves or snip off some flowers you will realize why in that there is a strong minty or spicy smell coming from the leaves and stalk.  I believe this keeps the animals away, which is good for me and our hummingbirds.

These flowers really draw hummingbirds and butterflies.  If one of your goals of your garden is to bring in some interesting wildlife, then you should find a way to incorporate bee balm into your garden.  I love seeing humming birds fly down from the trees to stop and hover at all of the flowers, getting a drink of nectar.  The second year of my plants I even found some hummingbird moths visiting.  Now, don’t let the word ‘moth’ scare you, as they just resemble hummingbirds that flap their wings a bit slower, yet can still hover in one place.

Bee balm generally makes a good cut flower, particularly the red and pink varieties.  Spotted bee balm doesn’t stand out as much in a vas though (my opinion).  The blooms may not last as long as Echinacea, they will generally look good for at least a week or more.

A large number of remedies were treated with Bee Balm throughout history.  One variety of Red Bee Balm is called ‘Oswego Tea’.  I bet you can guess why.  When colonists ran out of tea, they would use the leaves from this plant when normal tea wasn’t available.  But it was the Oswego Native American tribe that showed them this use.  They drank it for treating various digestive ailments.

Additionally the crushed leaves are thought to sooth the pain of bee stings, and this is where the common name ‘Bee Balm’ comes from.

Native Americans used this plant as a cure for a large number of ailments.  Tea was brewed from the leaves to treat fevers, colds, digestive issues, insomnia, flatulence, sore throat….and many others.  They used to use the oil to dry out acne/ingrown hairs, or just put boiled leaves directly to the pimple.

Once again tea was made from the leaves to treat colds, back pain and inflammation, fever/chills.

Thanks for taking the time to read this article!  I hope you found it useful.  Let me know what you think in the comments below.  And maybe sign up for our newsletter below – we promise not to flood your inbox!  We only email you when we make a significant update that we think you should know about.  Thanks again!

Don’t miss these other articles:

Why You Should Not Build Raised Bed Gardens

How to Create Your Own Micro Prairie – Wildflower Garden 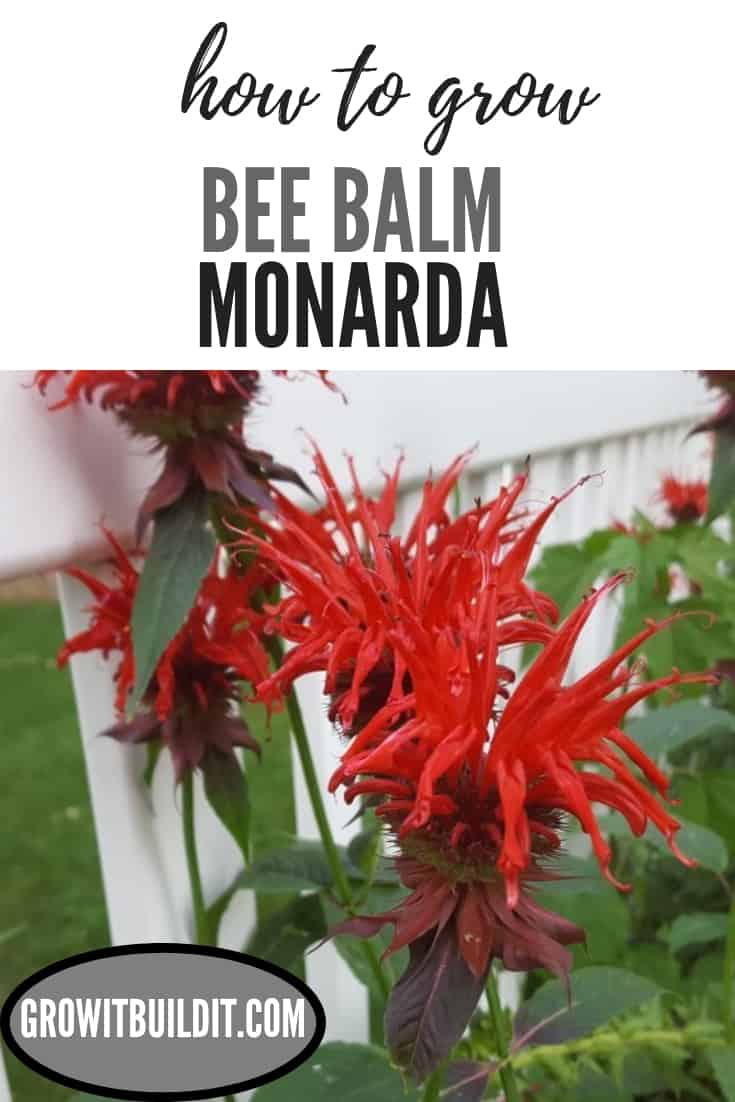 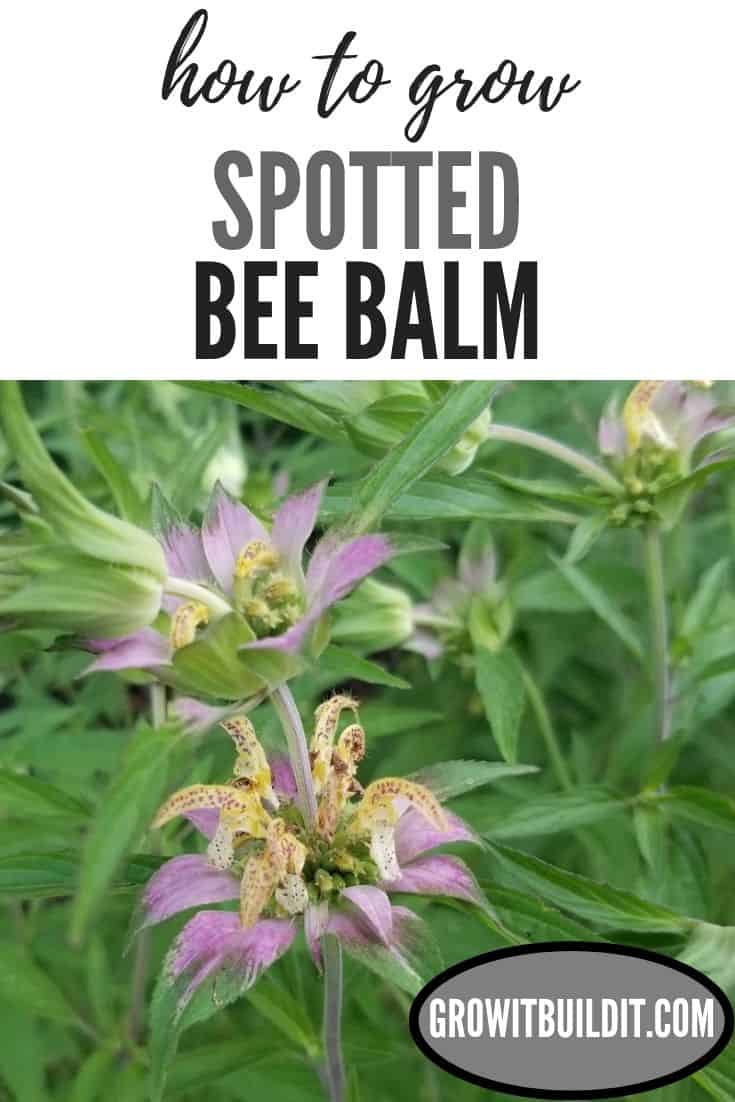