I’ve been growing Scarlet Bee Balm (Monarda didyma) for over 5 years. Each year I save seed from this plant, as saving seed is just kind of a hobby of mine. Well, out of all Monarda species I have found this particular plant to be the most difficult to save seed. I have no problem saving huge amounts of seed from other species of Monarda. 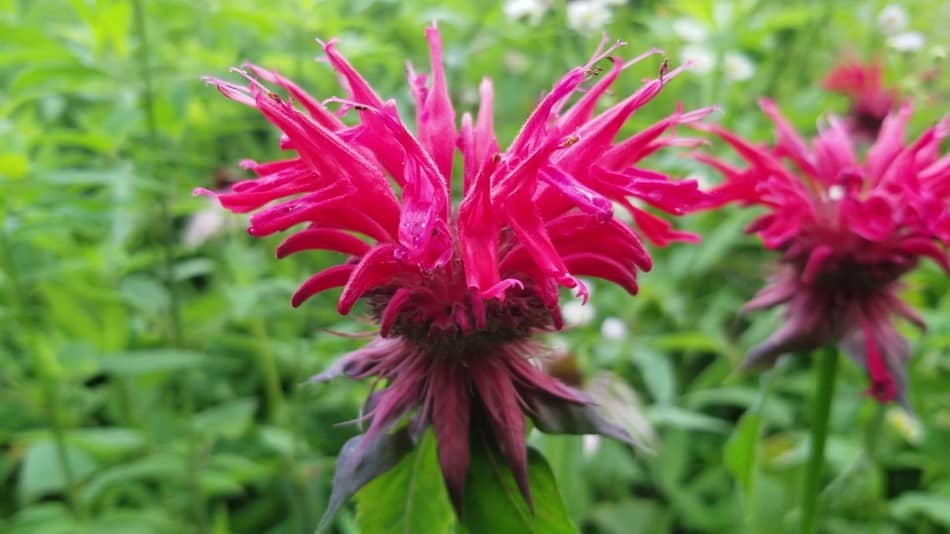 What follows is a study on reasons why saving Bee Balm seed is difficult, as well as some tips to try to mitigate low numbers of seed harvested.

There are 3 primary reasons why it is difficult to save seed from Bee Balm:

The seed/tube clearance of Bee Balm

My hypothesis is that a tighter clearance between the tube/seed will result in the seed holding in the seed head longer. Additionally, it will make less seed fall out from natural movement from storms, wind, and birds landing on the seed head.

I also noted a distinct difference in seed size for Bee Balm (image above). Some seeds were obviously much larger than others, even though they all seemingly came from Red Bee Balm. Well, surely this must play into the reasons there isn’t much seed in Bee Balm right?

Measurements of seed and tube for Red Bee Balm

The seeds measured between 0.6 mm and 0.86 mm, which is quite a difference in terms of percentage. 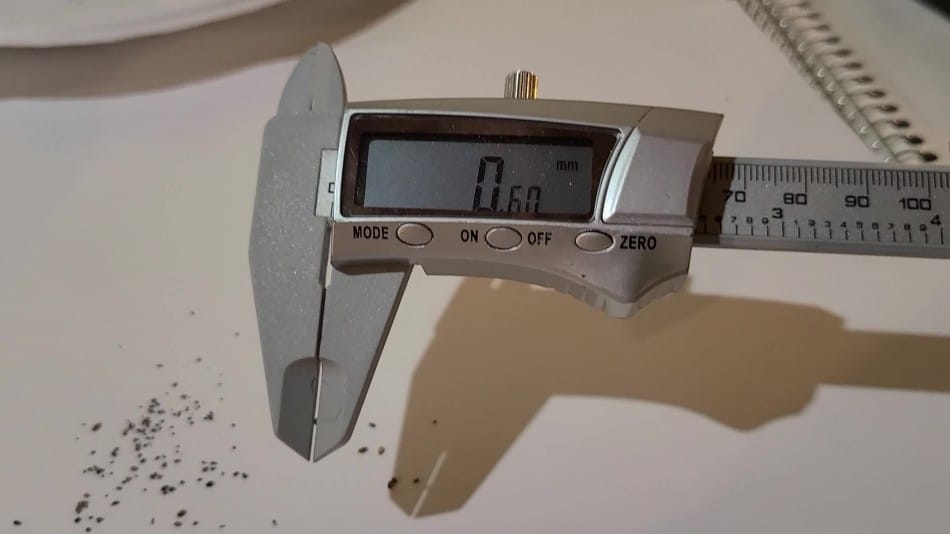 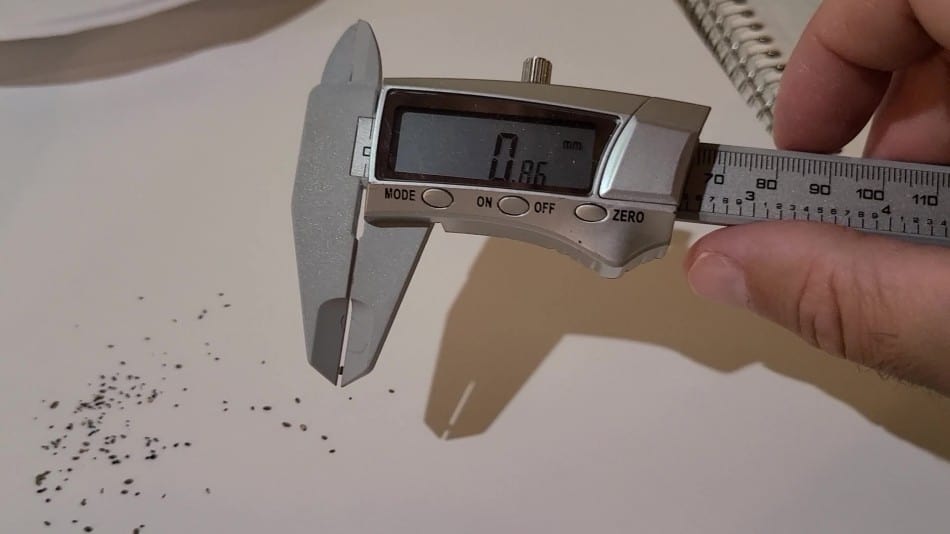 The tubes that house the seeds on the seed head measured approximately 1.6 mm 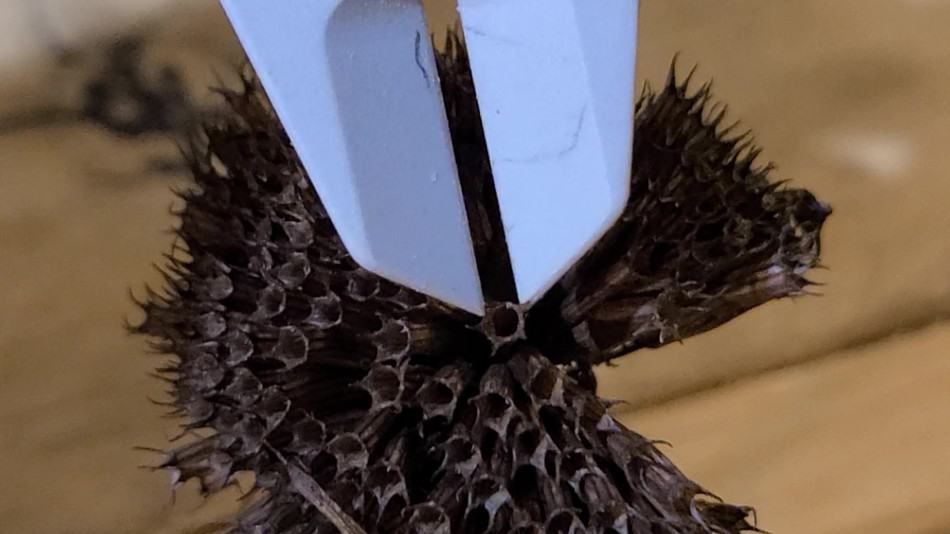 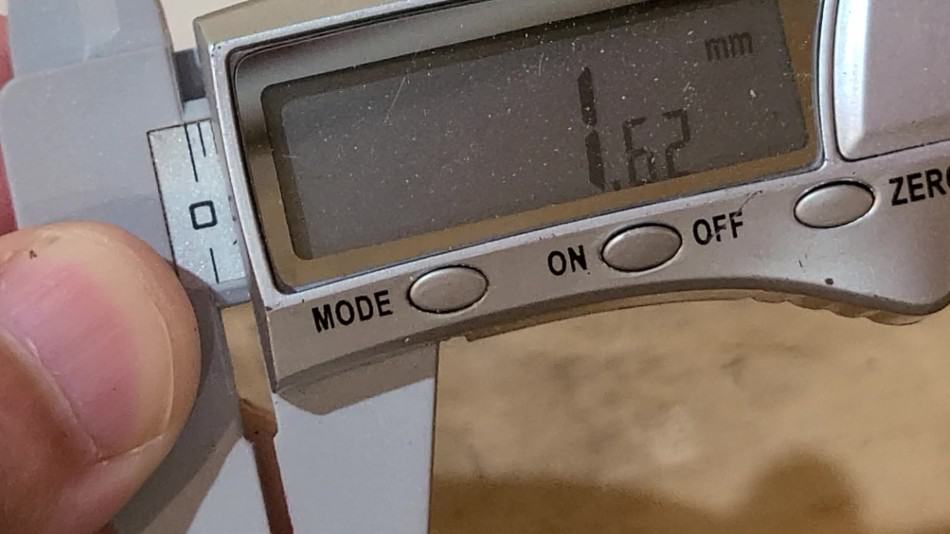 Measurements of seed and tube for Wild Bergamot 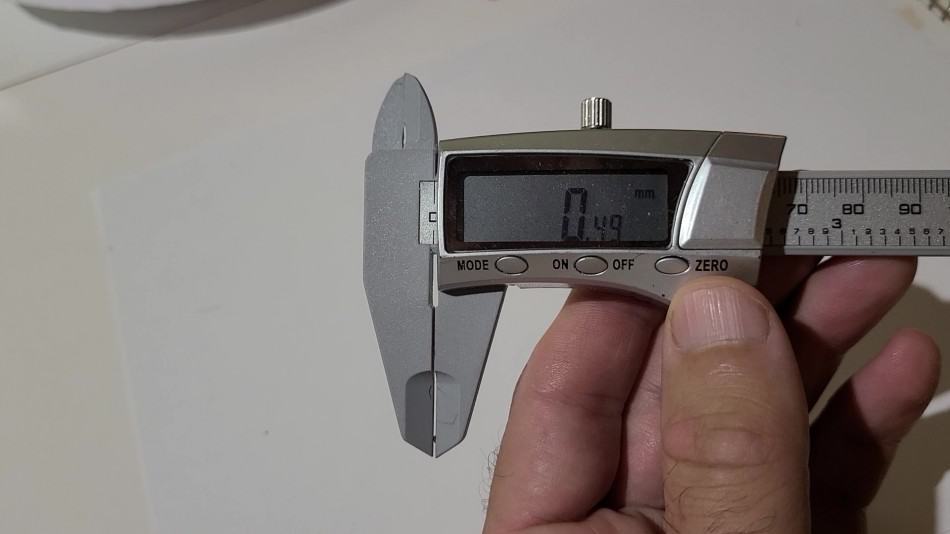 The tubes on Wild Bergamot seed heads are approximately 1 mm diameter, and seem to be very consistent across different seed heads. 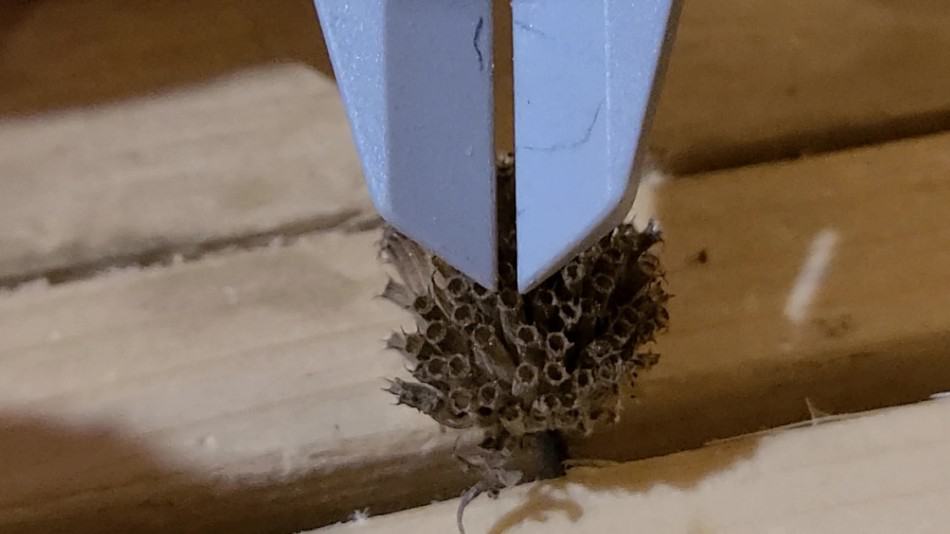 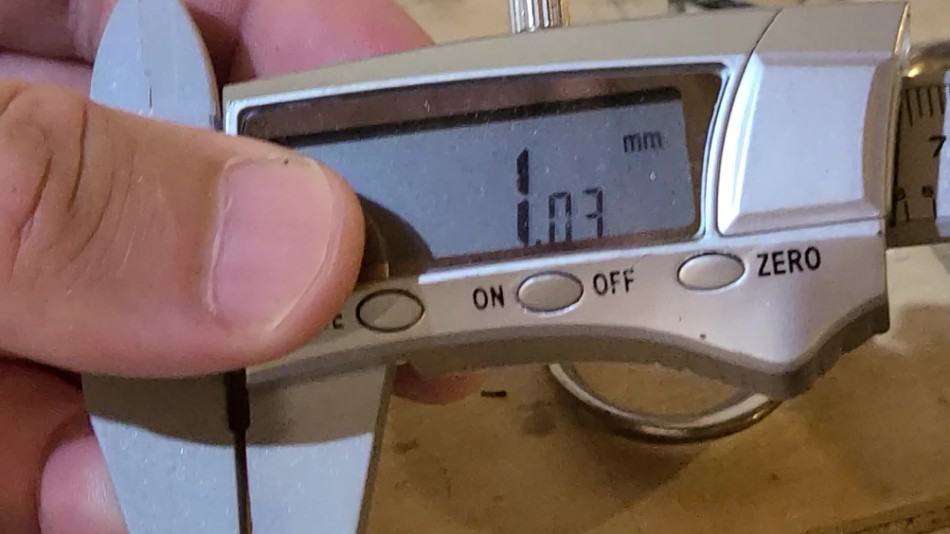 The seed and tube clearance differences should directly contribute to how easily a seed falls out of a tube. With more clearance meaning that it is more likely a seed will naturally fall out, reducing the overall potential seed harvest.

While the clearance of Bee Balm ranges from 0.37 mm to 0.5 mm depending on which seed size you have. So, even in the best case scenario, you have 50% more clearance on Bee Balm than Wild Bergamot. This should make it easier for Bee Balm seeds to disperse naturally, while Bergamot seed heads will retain significantly more seed.

When one examines the seed haul from Bee Balm, you cant help but notice many small black specks. When touched, these are small, hard, and feel similar to the properly formed seeds. I cant help but think that perhaps not all seed is forming.

Whether this is due to a lack of pollination or some other confounding factor, I do not know. But I find it quite odd that this is occuring, and it doesnt seem to happen with other Monarda species.

Birds seem to enjoy eating seeds of Scarlet Bee Balm. I often see heads that have been damaged by bird predation on the seeds. Each bird that lands on a seed head should cause significant movement to the seed head. This movement will cause some of the loose seed to fall out. 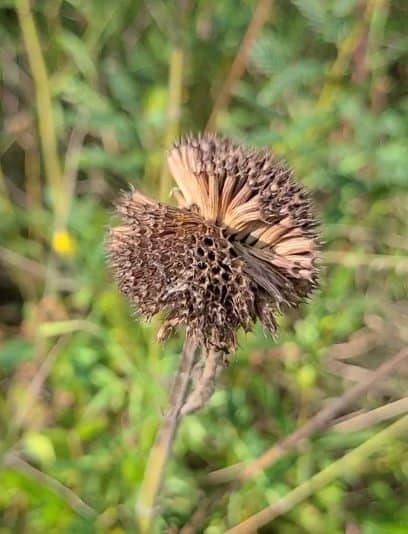 Additionally, any significant wind or storms have the potential to release seed through movement. And this most likely happens, as we have shown how loosely the seed is inside the Bee Balm seeds.

The two key factors that reduce seed harvest in Bee Balm are most likely the increased seed/tube wall clearance and the possible incomplete formation of seeds. In particular, the large clearance between the seed and tube will be confounded and exacerbated by bird predation and winds.

There is one significant piece of information that I am lacking throughout this analysis though. And that is what is the starting population of seed and their size in a seed head? What proportion of material is small seed, large seed, and the small black un-formed seeds?

Answering this question would require access to a green house to protect the plants / seed head from birds, wind, and any other unintended movement. At present, I have no access to such a thing. But perhaps in the coming years I can grow plants in a pot, and just move them indoors after flowering.

PIN IT FOR LATER:

After growing various Monarda species for over five years, and saving seed from the each year I decided to investigate a phenomenon I always observe. Each year for the last 5-6 years I have difficulty saving seed from Red Bee Balm, while Monarda fistulosa nad Monarda punctata are very easy to harvest seed. So, I conducted the research above to find out why it is difficult to save seed from Scarlet Bee Balm, Monarda didyma.

Wild Parsnip and pollinators. Credit Joshua Mayer If you've ever been cruising down the road and noticed the ditch was full of yellow flat-topped flower clusters, you may be encountering Wild...

For a showy late-blooming native flower that bridges the gap from Summer to Fall, look no further than Sneezeweed. This lovely plant makes a gorgeous yellow display that blooms after the main summer...