Spicebush, (Lindera benzoin) is a flowering shrub native to Eastern North America that provides great benefit to wildlife as a nectar source for pollinators, forage for mammals, and fruit for birds.  Growing in full shade to full sun in moist areas, it is a common understory tree in the wild.  It also has a long history as being used as an edible plant by humans for flavoring various foods, drinks, and as a medicine.

I’ve not used Spicebush medicinally myself, as I prefer to take a quick trip to the pharmacy.  But when you tear a Spicebush leaf in half and smell, there will be no doubt in the aroma.  You can really smell that distinct aroma, even to the untrained nose the smell is quite powerful.  Perhaps later this Summer I may try to make a seasoning to try on some chicken.  I’ll update this and let you know how it turns out!

Can you Eat Spicebush?

Spicebush berries and leaves can be eaten!  You can cook them, or eat them raw.  Although they do have a strong flavor, so I wouldn’t suggest making them the primary ingredient in a salad.

How did Native Americans use Spicebush for food?

Iroquois and Ojibwa tribes used the twigs and leaves as a seasoning for meat, and to brew tea.

How has Spicebush been used as food in the United States?

Colonists used the red berries as seasoning.  They would dry the fruits, then grind them into a powder and use it as a substitute for Allspice.  This was first recorded as occurring during the American Revolution.

During the American Civil War, some people in the Confederacy used the leaves for tea, as the Union blockade prevented regular trade for tea from India.  Young, new growth twigs were also used as a substitute for spice in areas of the frontier where regular spices were not available.

How to make Spicebush tea

Historically, sap from Sugar Maple would be boiled until the volume was reduced 75%.  Then, a cup of bark shavings from Spicebush would be boiled in a quart of water for 20 minutes.  This water could then be added to the maple syrup, making a palatable tea.

How was Spicebush used medicinally?

Native American tribes used Spicebush for a large number of ailments.  If you research it enough you can find it being used for treating almost any sickness.  It seems both Native Americans and pioneers and colonists would use it to treat just about anything.  Some examples are as follows;

The main tribes that utilized the Spicebush for medicine were the Iroquois, Cherokee, Rappahannock, and Creek.

Want to learn more about how to grow and care for the Spicebush?  Click HERE.  We wrote a very detailed article telling you all you need to know on how to find Spicebush in the wild, identify it, and grow you own!

PIN IT FOR LATER: 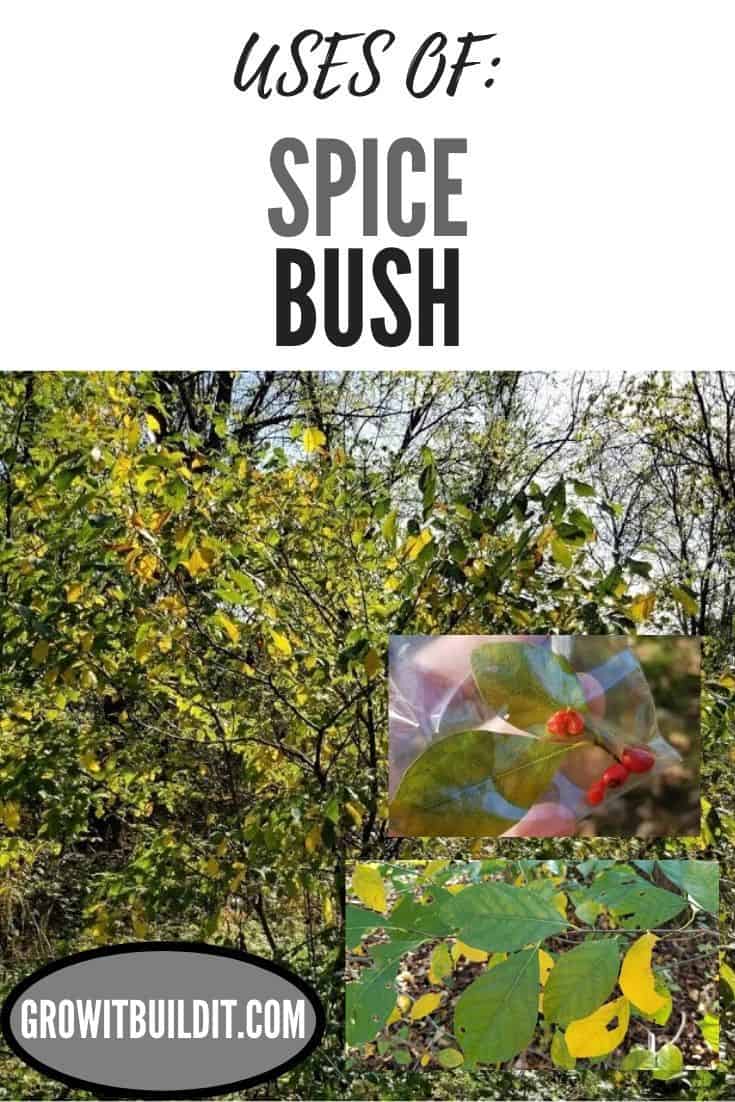 link to How to Stop Plants from Spreading - Guide/Pictures

While flower gardens are beautiful, having one or more plants spread via Rhizome Roots (or runners) is extremely frustrating. We can stop plant rhizomes from spreading by creating a physical...

Late in the Summer if walking in the open woods or an abandoned field, you may notice a plethora of white flowers on top of a small tree or shrub.  It will be identifiable as a vine, and may be...